Gyeonggi Province is leading from the front of game industry in Korea. It is running game resource bank to help small enterprises or solo developers.

The video game industry has become massive and more accessible to diverse users. This is thanks in part to the large-scale adoption of smartphones, which has made games available to almost everyone. User demand for quality content is high; corporations, SMEs, and single-person developers are striving to create the next big gaming hit.

Gyeonggi-do (or Gyeonggi Province) values small enterprises. To help them compete in global markets, the province offers different support programs. One of the programs aims at helping small developers by facilitating the sharing of game assets among the local companies.

From K-pop to Korean games and webtoons, K-culture is gaining popularity around the world. Gyeonggi-do is the home of major contributors to the global expansion of K-culture and has been actively implementing various support programs for local content creators. The Gyeonggi Content Agency (GCA) was established to focus on the development of the local content industry and plays a major role in following up on the provinces’ goals. The GCA actively promotes various types of content including video, games, AR/VR, music, and more.

K-pop might be the talk of the town, but webtoons have been one of the most successful forms of K-culture. Naver Webtoon, for example, reported a whopping monthly total of 67 million activeusers in August 2020, and prospects for the industry’s future growth seem very good.

Gyeonggi-do is home to many Korean webtoon giants, such as Kakao and Naver. The province has created different policies to help support webtoon publishers and expand IP-based business opportunities — such as game, TV, and movie adaptations of webtoons.

Speaking of movies, last year the international success of Parasite put the South Korean film industry in the spotlight once again. Korean cinema — at times dark and other times happy — has a rich history. South Korean filmmakers produce a wide variety of movies ranging from blockbusters to art films. Gyeonggi Province is an avid supporter of diverse films and, with the help of the Gyeonggi Film Commission, has aided the production of many independent, commercial, and auteur films.

But today, in our review of provincial support for K-culture, we want to focus on games in particular. The landscape of gaming is changing rapidly and the world’s top companies all want a slice of the market. Some sources estimate that the 2020 global games market might generate total revenue as high as USD 159.3 billion.

South Korea – with widespread access to technology, high-speed internet (which is necessary for online gaming), and a strong presence in the esports scene – has long been a gaming haven. Thanks to a high concentration of tech companies in places such as Pangyo Techno Valley and major companies such as Pearl Abyss, Gyeonggi-do has been a major contributor to the South Korean game industry and has implemented policies to create a unique game ecosystem. The province aims to facilitate the game production process for local companies and encourage the growth of the local game industry.

Indie developers have all faced this issue: the high cost of quality game assets (i.e. graphic and sound resources). Without good assets, even games with great mechanics might not be able to catch the eyes of players in the increasingly competitive game market. To address the hardships faced by developers, Gyeonggi-do has created a game asset bank, a platform that gives small game developers free access to valuable graphics and sound resources.

Gyeonggi Province and the Gyeonggi Contents Agency operate “resource bank,” a platform that allows any game developer in the province to download resources for free.
Ⓒ GYEONGGI PROVINCE

The Gyeonggi-do Game Resource Bank was established through cooperation between Gyeonggi Province and the Indie Games Association. The platform can be accessed for free by either small enterprises or solo developers who have registered as individual businesses.

The Gyeonggi-do Game Resource Bank also invites developers to share assets they do not use anymore so as to help other small creators. In addition, to promote contributions by young artists to the resource bank, the province has held 3 game graphics contests to date. It is hoped that the growth of the asset bank will provide developers with better options so that they can focus on developing great games.

Today we would like to mention and promote an amazing game series developed by one person in Gyeonggi-do. WitchSpring is the title of a series of fantasy games created by the independent developer Kiwi Walks. In 2016, WitchSpring 2 was part of Gyeonggi-do’s Game Creative Audition, a competitive support program in which it was selected as the top game. The game was praised for its storytelling and emotional expression.

Jang Soo-Yeong, the young CEO of Kiwi Walks, developed the first 3 games all by himself. He’s worked hard create the games as he had envisioned — high quality and fun — despite the limited resources that a single-person operation faces. The success of the game series on the App Store and Google Play is a testament to the developer’s dedication and creativity.

The WitchSpring games do not follow the common ‘in-app purchase’ based model common among mobile games; instead, the games are offered for a small one-time payment.

The success of Kiwi Walks is a reminder that indie games are not only alive but also that the dedication of indie creators to their visions can lead to high-value results. Supporting such projects will diversify the local game market and empower Gyeonggi-do’s young creators. 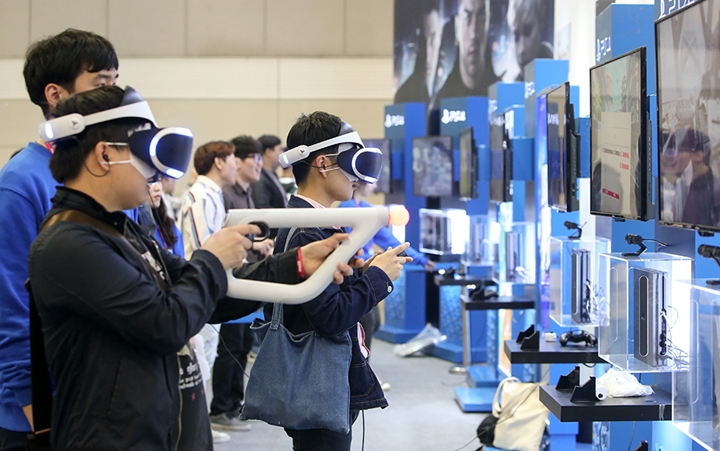